Search our FastHealth page for all your basic needs and healthcare information to keep your family healthy. 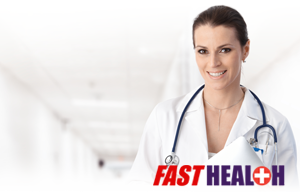 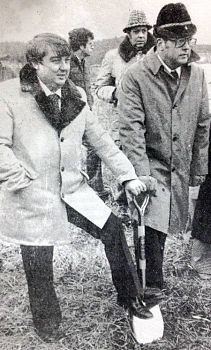 
According to local historians, the quest for the Russell County Hospital dates back to the 1930's. In the 1960's local residents went to the polls and voted on a hospital tax, but efforts to receive approval for a hospital were unsuccessful. In the 1970's Russell County decided to join with Adair County to build a regional health facility. The regional plans for Russell County soon fell by the wayside as they were calling for a hospital to be built for Taylor, Adair, and Russell with the facility to be constructed near the Adair-Taylor County line. Russell Countians decided they wanted a hospital in their own community and withdrew from the regional concept. A young physician from Russell County, Dr. Barrett Bernard, and two of his classmates, Dr. Rick Miles and Dr. Larry Loehle, came to the county and stated they would locate to Russell County, if Russell County would build a hospital. In 1977, voters for the second time voted in a hospital tax to construct a hospital in Russell County. County Judge Terrill Flanagan appointed a Russell County Hospital Committee composed of Charles Gore, Dr. Vic Henry, Dr. Charles Peck, Jack Stephens, Welby Hoover, Cosby Popplewell, Bobby Wilson, and Lester Bernard. The committee employed Frank Groschelle as their Hospital Consultant and work began on compiling an application for a Certificate of Need (CON). The state board of licensure firmly stated all the bed allocations for the region were taken and a CON could not be issued for Russell County. The hospital committee and citizens of Russell County did not accept this as final and continued their efforts to obtain a CON.

In October 1978 the hospital committee again submitted a request to obtain a CON to the Sub Area Health Planning Council. The application identified that in 1976 approximately 1,579 people from Russell County received 11,000 hospital days in hospitals outside the county. Since this was a board composed of area residents, approval for the CON was granted. The CON was then submitted to the Lake Cumberland Health Council and the council granted their approval as well. The next steps would take the CON process to the East Kentucky Health Services Council and then to the state; both were expected to give a negative response to the request. With this in mind, the county took their appeal to the people. A public appeal was made to the citizens of Russell County to take ownership of their request and physically follow the process. Buses were organized and convoys were planned for the citizens to attend a regional meeting in Winchester. State-wide media coverage was given to the process that was keeping a small county from obtaining a hospital when they had already voted in a hospital tax and had doctors ready to move into the county. Among those speaking before the council were Dr. Charles Peck, Dr. Miles, Dr. Bernard, and Dr. Loehle, with Dr. Vic Henry playing a most important role at this session. Dr. Henry was a member of the council and his influence with fellow council members was extremely important and visible, State Representative Raymond Overstreet and State Senator Doug Moseley appeared before the council and spoke on the county's behalf. Following approval by the council, the CON was presented to the State Health Council for final approval. Again, buses were loaded and the convoy, this time with TV cameras from Lexington and Louisville, medical reps from across the area, and some 250 - 300 people headed to the state council meeting. Again, Representative Overstreet and Senator Mosley, Judge Terril Flanagan, Dr. Henry, Dr. Peck and others made the plea to the council on behalf of Russell County and the CON was obtained on December 13, 1978. The first official hospital board was formed with members Charles Gore, Dr. Vic Henry, Jack Stephens, Welby Hoover and Robert Wilson. Frank Groschelle was hired as the first administrator on June 21, 1979. The architecture firm of Gresham, Keeling and Jones of Paducah was hired, with Dave Jones as architect. Bond sales for construction of the hospital began on November 29, 1979.

For the hospital site, the Rippetoe family donated 3.5 acres in memory of Edwin Rippetoe, the board purchased another 1.5 acres from the Rippetoes, and an additional 4 acres from Vernon Grant on Dowell Road in Russell Springs. Construction of the Russell County Hospital was finally underway.

The hospital officially opened in July, 1981 and has been in continuous operation since that time serving the citizens of Russell and surrounding counties.

Search our FastHealth page for all your basic needs and healthcare information to keep your family healthy.

To provide quality compassionate healthcare consistent with the trust and support of the communities we serve.